The History Of Thai Food

The History Of Thai Food 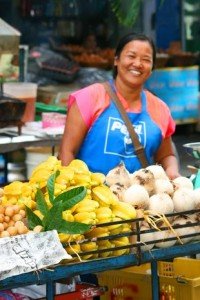 Undoubtedly, one of the most popular cuisines worldwide, but what makes Thai dishes so well loved? How did they originate?

Thai cuisine is a simple yet clever combination of Eastern and Western influences harmoniously combined into that je ne sais quoi. Sour, sweet, salty, bitter and spicy flavours work together to make each dish come alive. Thai food varies depending upon the area or region of Thailand the dish originates from. These regions include the north, northeast, south and central.

Historically, aquatic animals, plant and herbs were popular ingredients included in most meals. Large quantities of meat were mainly avoided, thanks in part to the Buddhist background, and instead strips of meat were flavoured with herbs and spices, or meat was cooked or roasted and then shredded.

Traditional Thai cookery involved stewing and baking, or grilling. However, the area that is now Thailand, Laos, Burma (Myanmar), Cambodia and Vietnam were settled by the ancient Chinese an estimated 1,400 hundred years ago. With the migration of Chinese people into Southeast Asia, frying, stir-frying and deep-frying of food became more popular techniques, and to this day pad thai (fried noodles) and khao pad (fried rice) remain classic Thai dishes.

We have blogged previously about the history of the chilli in Thailand. By way of reminder, or in case you missed our post, chillies initially came to Thailand during the late 1600s by Portuguese missionaries who had taken a liking to the fiery ingredient in South America. 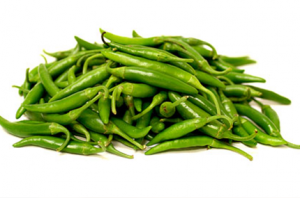 Thais are well known for their commitment and resourcefulness, and even in cookery they were adapt at replacing ingredients – for example the ghee used in Indian cooking was replaced by coconut oil, and coconut milk (which remain today two very popular ingredients in Thai cookery).

It might be hard to believe, but Thai food used to be a lot more spicy than it is now, but over the years to was toned down, and  fewer and less spices were used in Thai curries, while the use of fresh herbs, such as lemon grass and galangal, increased.

Thai food was traditionally eaten with the right hand while seated on mats or carpets on the floor as still happens in the more traditional households. It is now generally eaten with a fork and spoon. Despite China having such an influence on both the country and the food, chopsticks are rarely used, even when eating noodles.

Nowadays, Thailand as a tourist destination and a regional economic power has had a major impact on the cuisine, and the growth of fast food restaurants such as McDonalds, Subway, KFC, Pizza Hut and other restaurants has boomed, especially in the large cities and tourist areas. Not only are the tourists and expats eating it, but Thai people are as well. Whilst generally Thai people are not fans of what they consider to be “farang food” viewing it as bland, the acceptance of fast food, suggests there could be further changes to come in the future with Thai cuisines.