Some days, you just trust a 10 year-old to show you where to go.

This was one of those days.

There was no food in the house and no grocery store in sight.  I listened to my daughter plead to allow her to take me on a guided tour of the backstreets of our neighborhood in search of dinner and after some time, I finally relented.  Why not, right?  After all, she had been there before with her dad. I’m sure she’d remember the way. 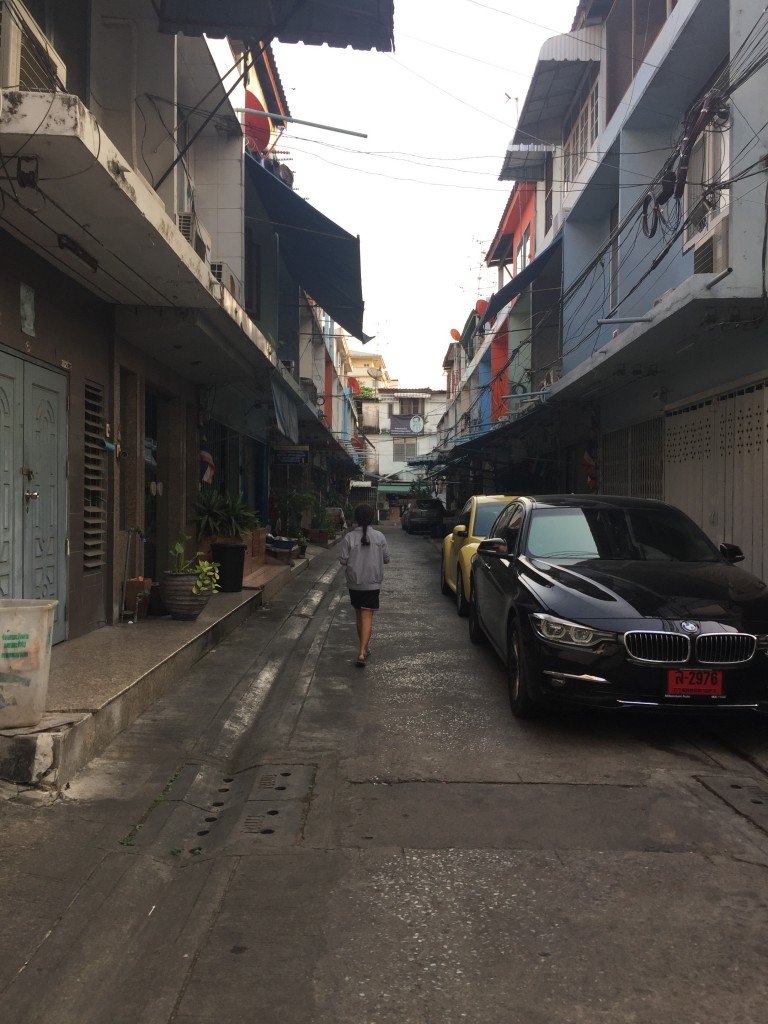 I admit I was surely on edge at first, wondering where she was taking me and how she could remember all the twists and turns we were taking to get there.  I definitely asked if we were going in the right direction, multiple times. 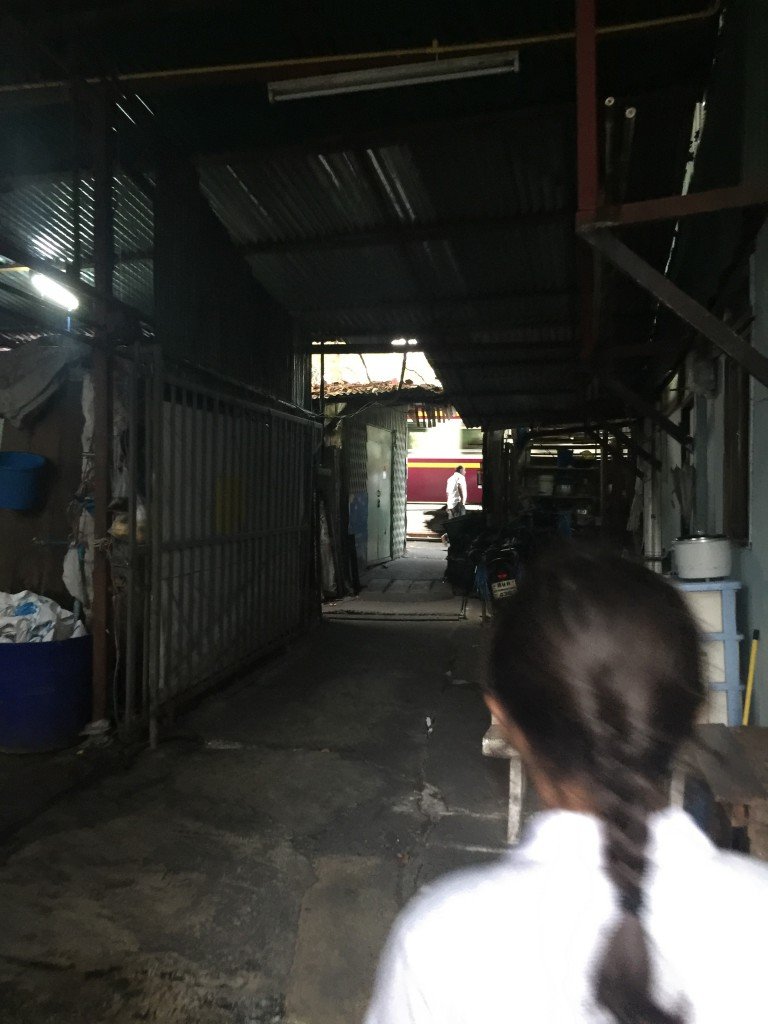 And then, after heading across the railroad tracks, through a dark tunnel and a series of random lefts and rights, we ended up on a long street bustling with activity: Petchburi soi 5. 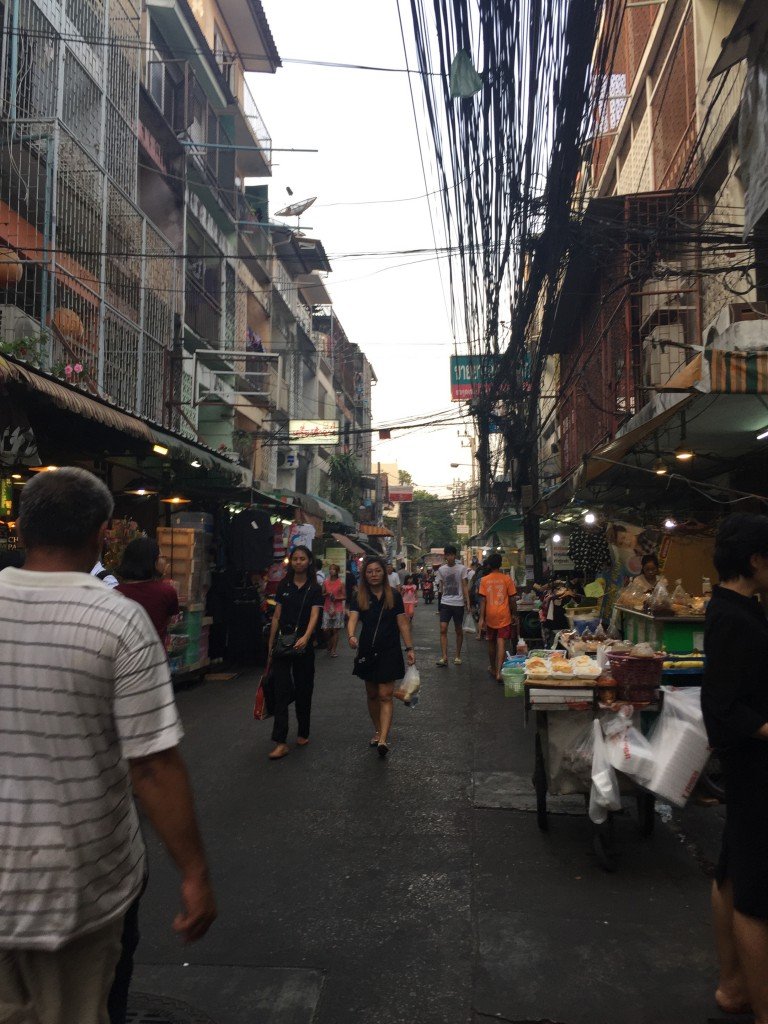 This street, sandwiched between residential and business areas in the Phayathai neighborhood, is alive most hours of the day with locals and office workers looking for something to eat.  They sell most everything from fresh vegetables to tasty Thai omelettes to curries and som tum. Drink carts abound too, of course! 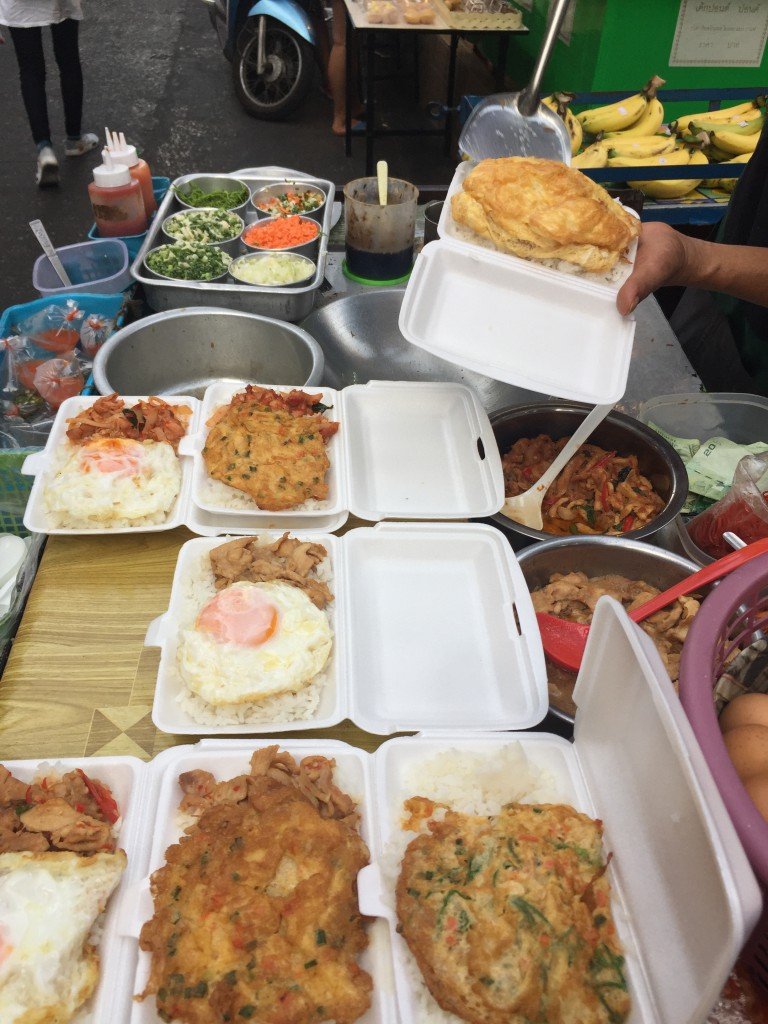 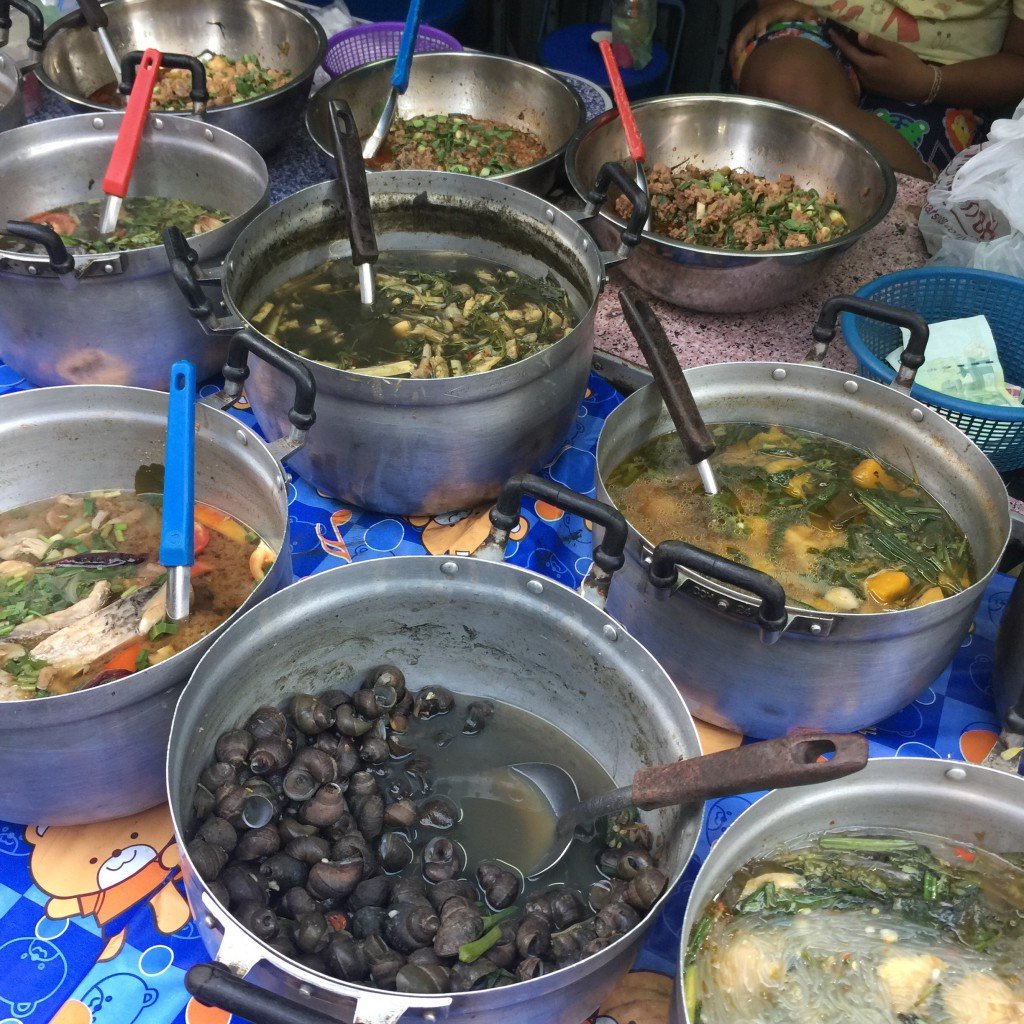 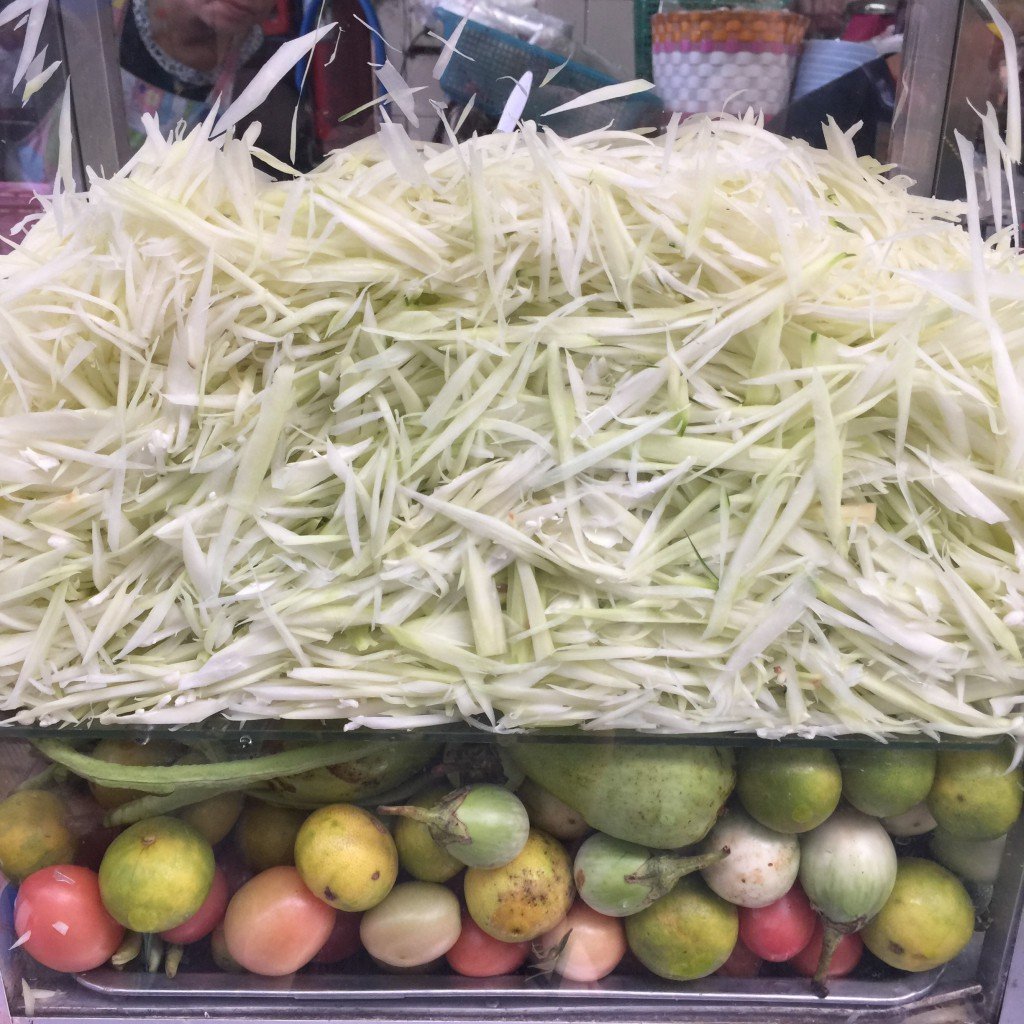 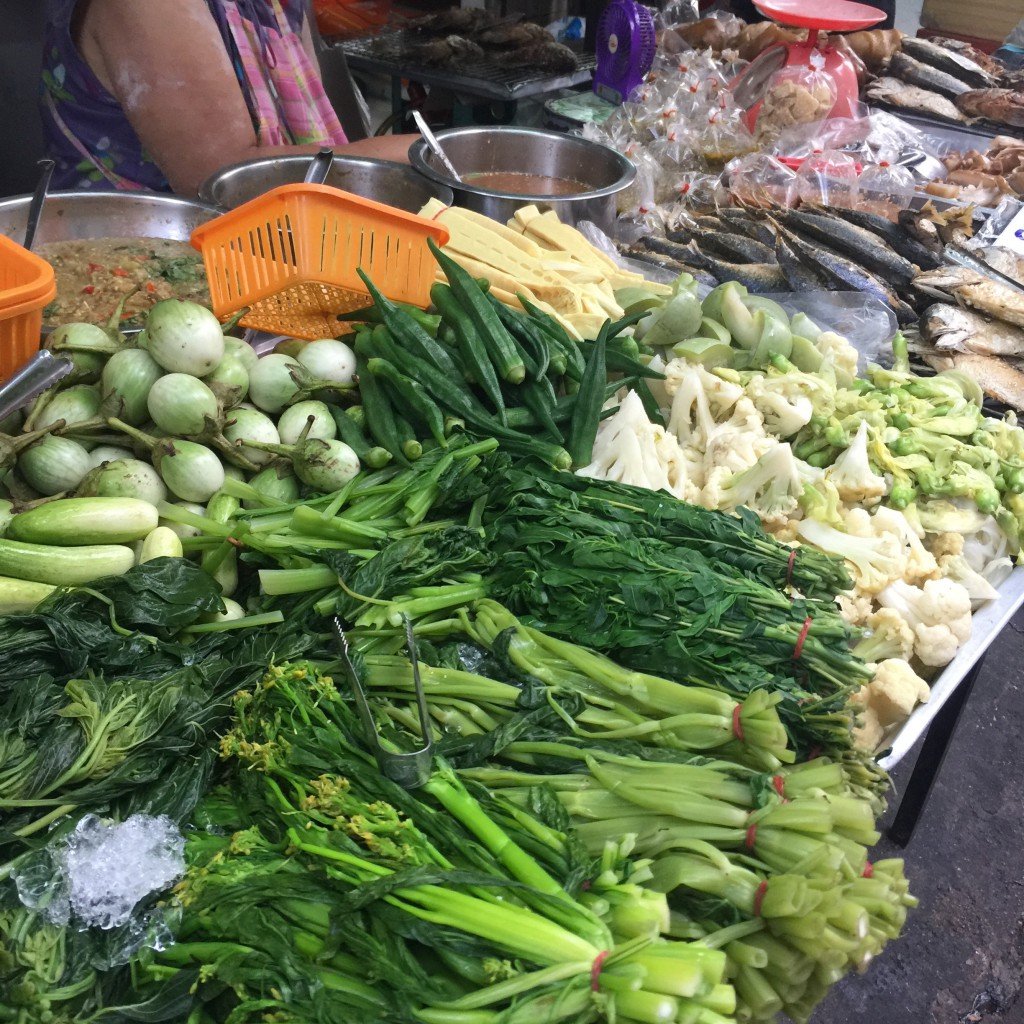 The street is an overload on the senses from smells to sounds and sights.  Amidst the jumble of telephone wires (or as some call it, ‘indigenous cabling’) are shops and carts and makeshift grills, which deliver some of the tastiest food which Bangkok is so well known for.  It rivals any of the local markets! Including cars and motorcycles zipping through, so be careful! 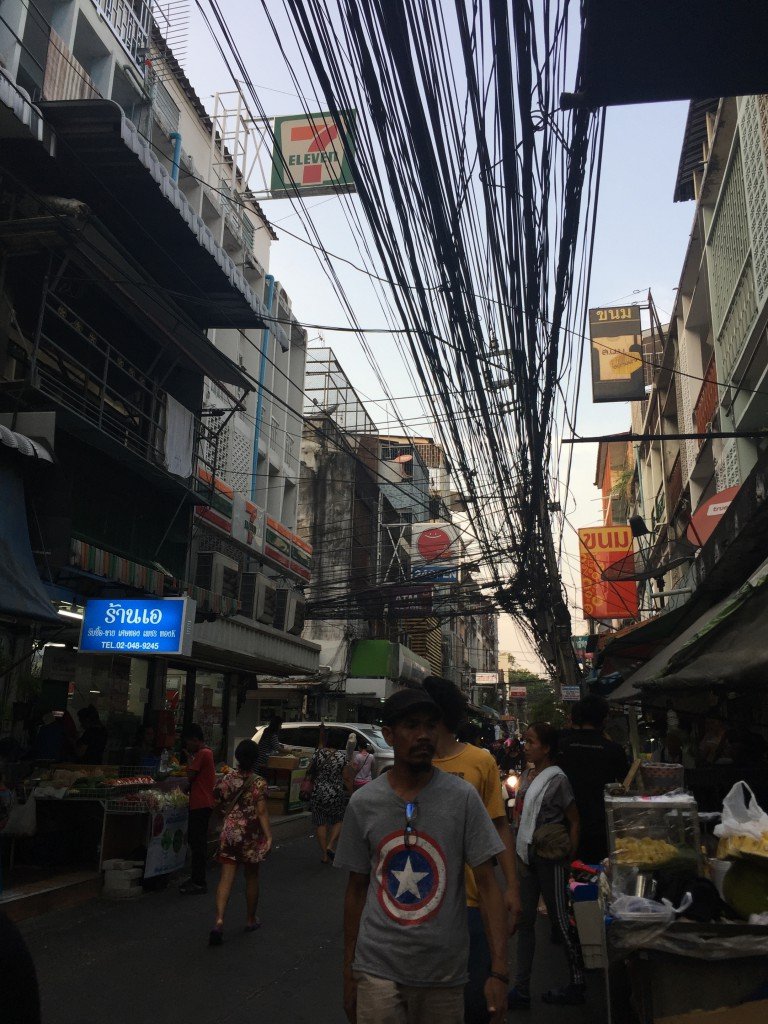 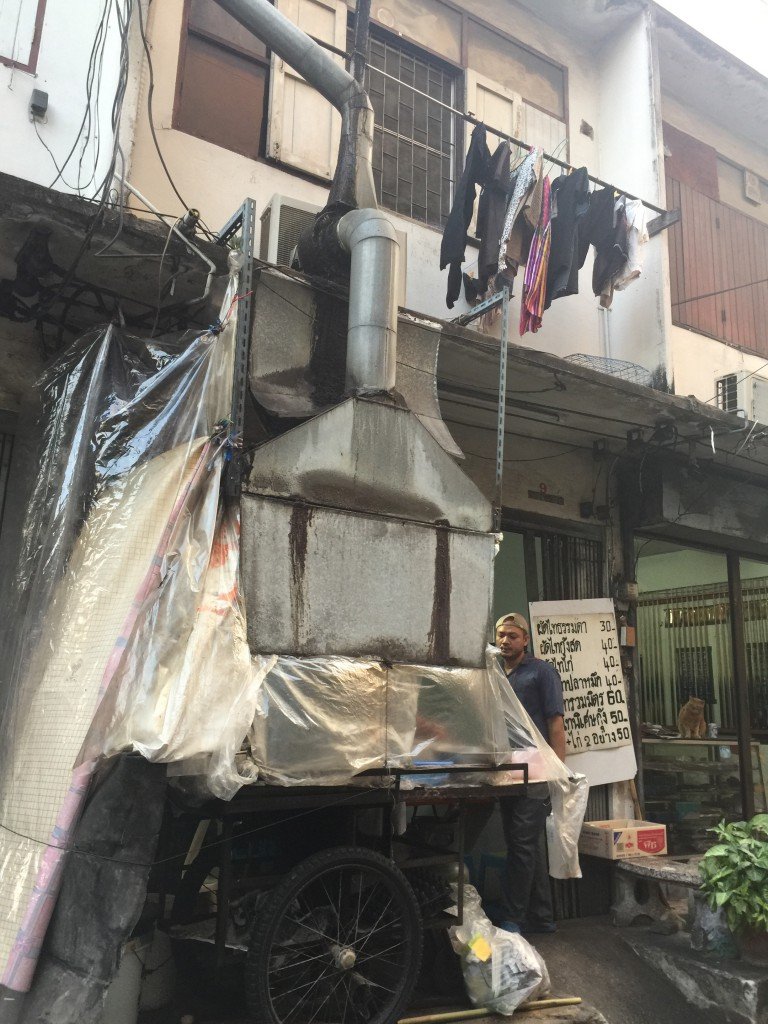 After spending a little money here and there, we headed home with hands full of more food than we could possibly eat. 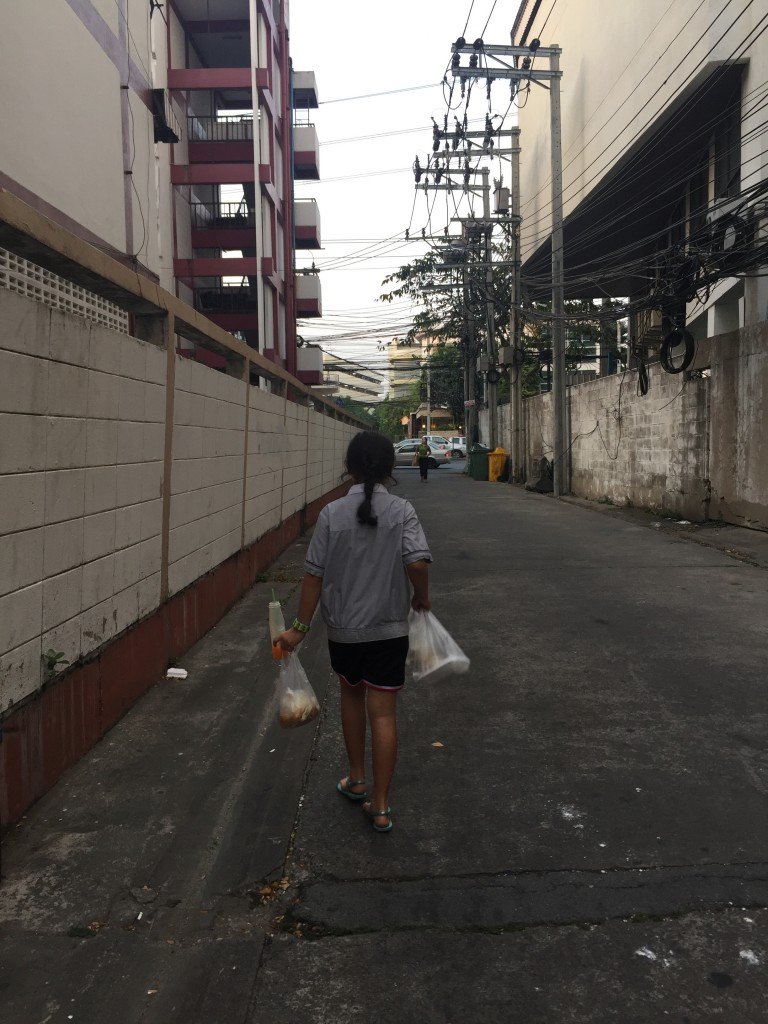 It goes to show you that a little stroll (and perhaps trust in a 10 year-old) might just be able to show you some of the lesser known and hidden spots right under your nose!

Get out there and explore this fascinating city!