Food As An Aphrodisiac

Food As An Aphrodisiac

We’ve blogged before about our food tour being set in Bangrak, Bangkok’s village of love, which is very apt. There is something about food and love which just goes together hand in hand (pun intended).

Scientific tests have proven that some aromas can cause a greater effect on the body than the actual ingestion of foods. Here are some common foods of love used through the ages: 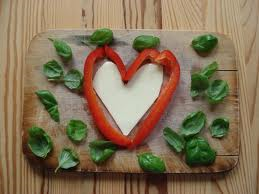 Asparagus: three courses of asparagus were served to 19th century bridegrooms due to its reputed aphrodisiac powers. Although asparagus can be found in Thailand, we have to safe the taste of English asparagus (when in season) pan friend with a little butter is pretty hard to beat.

Caviar: is high in zinc, which stimulates the formation of testosterone, maintaining male functionality. Caviar is a little hard to find in Bangkok, but Gourmet Market stock it, and it is served by nearly all of the big hotels in their brunch buffets.

Champagne: OK, not technically a food but viewed as the “drink of love,” moderate quantities lower inhibitions and cause a warm glow in the body. Due to the alcohol tax, good champagne is very expensive in Bangkok, but Prosecco can be a nice alternative which is a little friendlier on the wallet.

Chocolate: contains both a sedative which relaxes and lowers inhibitions and a stimulant to increase activity and the desire for physical contact. It was actually banned from some monasteries centuries ago, its affect was considered that powerful.

Figs: these seasonal fruits were celebrated by ancient Greeks in a frenzied copulation ritual.

Perfumes: made of natural foodstuffs such as almond, vanilla, and other herbs and spices act as a pheromone to communicate emotions by smell.

Puffer Fish: considered both a delicacy and an aphrodisiac in Japan. If the poisonous gland is not properly removed, the tiniest taste is deadly. Some believe that the flirt with death is said to give a sexual thrill. We haven’t seen puffer fish in Bangkok, or the rest of Thailand for that matter, but perhaps this is no bad thing!!

Oysters: Some oysters repeatedly change their sex from male to female and back, giving rise to claims that the oyster lets one experience the the masculine and feminine sides of love. The best seafood in Thailand can be found by the sea. Koh Samet is one of our favourite retreats from Bangkok when we do not have a tour.

Radish: considered a divine aphrodisiac by Egyptian pharoahs, most likely because its spicy taste stimulated the palate. Radishes can be purchased in most of the big supermarkets in Bangkok.

Truffles: probably due to its rarity and musky aroma, it has long been considered by many to arouse the palate and the body. To sustain his masculinity, an ancient lover in lore was said to have gorged himself to death on Alba truffles during the wedding feast. Typically considered to be a French product, we have not seen any truffles for sale in Thailand – let us know if you have.

Have we missed any food out? Which do you recommend? What’s your favourite meal for a romantic meal in with a loved one (complete with champagne/Prosecco of course!)